The Forerunner (1:1):"Where the Heart Is" (Sketch, Charlotte Perkins Gilman) 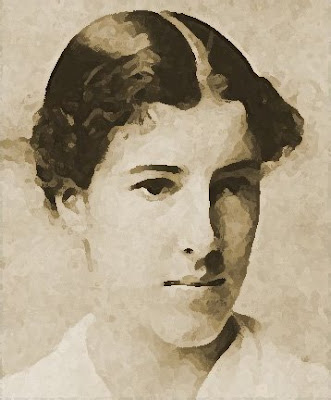 A Ghetto, an age-old Ghetto, crowded into a stony corner of the crowded
stony city; its steep and narrow confines not more a boundary than the
iron prejudices that built them.

In the Ghetto--life, human life; close-pressed, kept to its elemental
forms, with a vitality purchased at nature's awful price--by surviving
slow extinction.

This life, denied all larger grouping, finds its sole joy in fierce deep
love of family and home. This home a room, a low and narrow room,
unwholesome, dark, incredibly filled up, yet overflowing most with love.

Here was peace. Here was Honor wherewith to face the outer Scorn. Here
was Safety--the only safety known. Here, most of all was Love, Love,
wound and interwound with the blood-tie, deepened by religion,
intensified by centuries of relentless pressure, strengthened a
thousandfold by the unbroken cruelty of the environment. Love, one with
the family; the family one with the home; the home, for generation after
generation--one room!

A miracle! Some daughter of this house, strayed as a child, found by
eccentric travellers, taken to England, reared with love and care to
strange exotic beauty, marrying a great landowner so lost in passionate
devotion that he gave her all he had, and, dying, left her heir to vast
estates.

She following, her family inherit the estate, and come to take
possession.

They enter the tall pillared gates; they wander up the shaded avenue, a
little group, huddled and silent, timid, ill at ease. They mount the
wide, white marble-terraced steps, the children crowding close, the
mother frightened, the father striving to hold up this new strange pride
under his time-swollen burden of humility and fear.

These towering halls, these broad-curved stairways, these lofty
chambers, even the great kitchens and their clustering offices, are to
this timid group as wide and desolate as deserts or the sea.

They seek a room, a room that shall be small enough and low enough and
dark enough; they reach at last one friendly sheltering little
room--crowd into it with tumultuous affection, and find a home!

It is home where the heart is!

A new age where new power has conquered a new element, and sky-sailors
seek for large discoveries compared to which the old "new world" was but
a dooryard venture. Our little world now known from coast to coast and
pole to pole; its problems solved, its full powers mastered; its sweet
serviceableness and unfailing comfort the common joy of all.

Later science, piling wonder upon wonder, handling radiant energy,
packing compressed air for long excursions into outer space, sends out
some skyship on tremendous errands of interstellar search. Days, weeks,
they flit, with speed incredible, our earth a speck, our moon invisible,
our sun a star among the others now; then having done their work, turn
the sharp prow and study their vast charts for the return.

Out of that blackness, wider than our minds, back from the awful
strangeness of new stars, they turn and fly. All know their charts, all
have their telescopes, all see that old familiar system swinging nearer.
They greet the sun as we Fire Island--the moon like Sandy Hook.

But that small star, bigger and bigger now, its heavenly radiance fading
softly down to the warm glow of earthly beauty, coming out round and
full at last--ah! how they choke, how they cry out to see it!

Nearer--the blue skin of the all-enclosing sea, the green of
interrupting continents; now they can recognize the hemisphere--the
tears come--this is home!

It is home where the heart is.